NO ON PROPOSITION 15! Preserve Our History and Protect Our Future

Preserve Our History and Protect Our Future 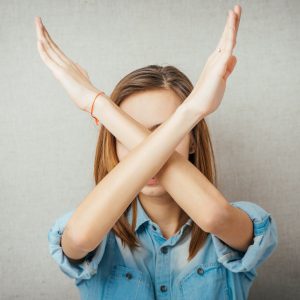 We need a do-over year. 2020 has not been all that our new year’s optimism hoped for last January. As we have acquired new skills to pivot, turn, adjust, and readjust in a pandemic, there’s been no shortage of lessons learned. In sharp focus is the reality of all the things taken for granted in the past. Singing. Traveling. Live performances. Shopping in stores. Dining with friends. Gathering for family dinners. Breathing unencumbered.

But an invisible enemy exists and the truth is that the science has not yet changed. As we remain hopefully optimistic for vaccines and therapeutics to launch a counterattack on the virus in the near future, the most prudent course for many people with compromised immune systems and underlying conditions is to remain in hiding from COVID-19.

As though the pandemic were not enough, we as Americans also have a contentious, volatile election in the days ahead. We have unprecedented numbers of live ballots in the hands of registered voters, and the expectation is for staggering numbers of votes to be cast as compared to any other election in our nation’s history. We will hear projections on election night based on exit polling and early returns, but a final tally will be weeks away. The initial Nov. 3rd projections may hold, or they may reverse as all valid ballots are verified and counted. It’s a process, and an intricate one at that. (I’ve participated in a recount or two – two actually at the Los Angeles County Registrar Recorder’s office – and, in my opinion, the systems and personnel in place to protect the integrity of the election are exemplary.)

So while many continue to hide from the virus – and rightfully so – the right and responsibility to vote should not be taken for granted. Not even a pandemic should prevent voters from casting and returning their ballot. Whether by mail, drop box, in person, or other means, every vote matters in what is likely be very close races.

Your vote is your voice, and it is powerful.

In addition to a field of candidates for local and national offices, as Californians we also have several notable propositions on the ballot that will yield major impacts if passed. Of significance is Proposition 15, which proposes changes to the famed Proposition 13 passed in 1978 that cut the tax rate on all properties and limited the annual escalation of property taxes. California has had a single or “unified” roll treating all property the same since the 1800s. Proposition 13 didn’t change that; Proposition 15 would.

Now 42 years later, Proposition 15 is on the ballot to erode the long-held protections. Known as ‘Split Roll,’ this measure proposes a division of the county assessor’s property tax roll into two parts: residential and nonresidential property. If passed, this measure repeals part of Proposition 13 that would then require reassessment to market value of business properties.

So where’s the danger? According to Jon Coupel, president of the Howard Jarvis Taxpayers Association, Proposition 15 would raise taxes on supermarkets, shopping malls, office buildings, factories, movie theaters, hotels, restaurants, sports stadiums, warehouses, self-storage facilities, major retailers and other businesses where Californians work or shop. Even the smallest businesses that lease space will face higher rents or will have to pay the higher property taxes as part of their “triple net” lease agreement. Of course, those higher costs are passed on to consumers.

Enough already. California has the highest income tax rate, sales tax, gas tax, and in the top half of states for property taxes even with Proposition 13 protections in place. As a consequence – intended or unintended – Proposition 15 would raise prices, increase the cost of living, and put countless jobs at risk as companies cut back or more exodus the state.

There’s an expression to never let a camel’s nose under the tent. The proverb alleges that if a camel is allowed to get its nose inside a tent, it will be impossible to prevent the rest from entering. In practical terms, it refers to a seemingly innocuous act or decision that will lead to much larger, more serious, and less desirable consequences in the future. Proposition 15 is the camel’s nose and is a direct assault on the protective tent of Proposition 13. If it passes, who and what will be next?

It’s a clear choice to preserve our history and protect our future. Be safe, stay healthy, and vote responsibly. VOTE NO on PROPOSITION 15.